About the Orange Day Campaign (Overview)

This event was to launch the Edgars UNiTE Orange day campaign. The key stakeholders were in attendance were a MOU was signed and a pledge made to be commitment to the successful roll out of the campaign. There was a performance by the students for The National School of Arts identifying all the different types of abuse. This launch event was well supported by various South African celebrities adding their voices to breaking the silence against gender based violence. Media crews came to support the event and to share the message with South Africans on their platforms who were not able to attend the event.

After being successful in their participation in the programme, the ladies were able to showcase the garments that they had created. The garments were available for sale to the guests in attendance. On arrival were canvasses that displayed the unique outfits created by selected ladies representing each of the homes to tell their stories of survival. There was an overall winning residence from the participation that received additional prizes. (Prizes to be shared-I can’t remember)

It was important that the ladies be made to truly understand that by completing the programme they had achieved something incredible. A graduation ceremony was arranged for them. There was a fashion show that the ladies were able to model (many for the first time) their outfits that they had designed and created for themselves specially for the graduation. They also wore graduation gowns that they had sewn themselves as well. Each of the ladies was individually called up on stage and celebrated by all in attendance, including their very excited family members, when they received their certificates of achievement. Mentors and stakeholders, media were all in attendance to celebrate this very special moment in the lives of the Edgars UNiTE Orange day campaign graduation programme.

The creative idea was derived from the idea of “Hear no evil, see no evil, and speak no evil”. The concept was to create emotive representation of the dangers of not addressing gender based violence. The communication referred to speaking out against gender based violence if you heard something, saw something to not turn a blind eye. The idea was that the onus is on all South Africans in becoming a part of finding the solution. The communication went further to personalize the scenarios to get the attention of the audience: Don’t wait until it is your Mother, Sister, Aunty, Girlfriend etc. that is affected in order for you to take a stand against gender based violence.

The objective of the campaign was to truly empower the beneficiaries using the thinking of the idea of ‘teaching them to fish’. It was discovered that many of the survivors would end up back in abusive relationships because their perpetrator was the breadwinner. This programme sought to teach them tangible skills in garment design, garment and pattern making, marketing and pricing of their garments etc to allow these ladies the opportunity to be able to make their own income and be financially independent. The long term goal would be to have the ladies become registered suppliers to Edcon. Throughout the programme they were privy to the expertise and mentorship of renowned designers including the likes of JJ Schoeman, David Tlale, Sun Goddess, Lesego Malatsi and others. This really added value to the course with the designers being able to share their real life experiences with the ladies. 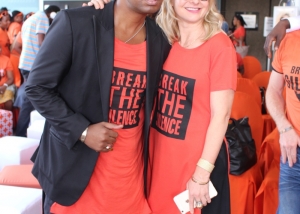 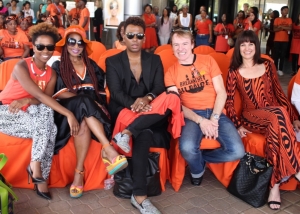 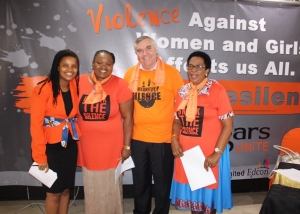 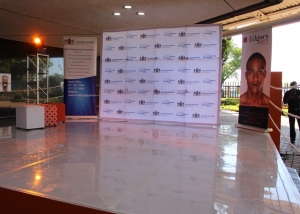 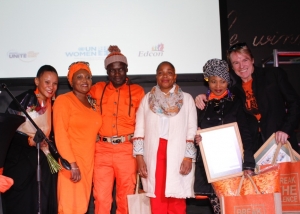 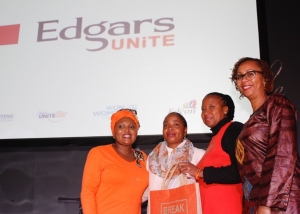 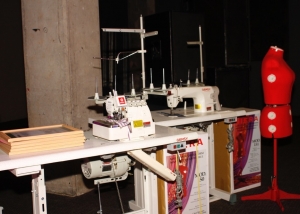 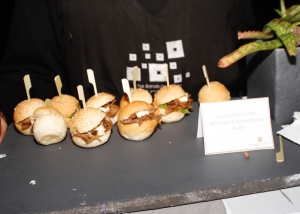 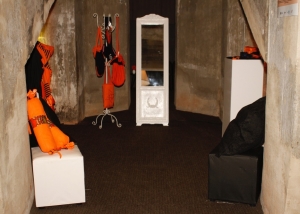 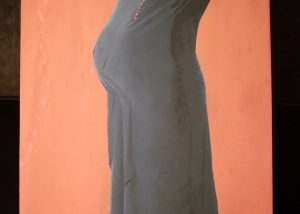 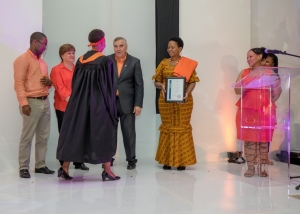 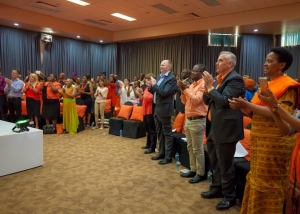 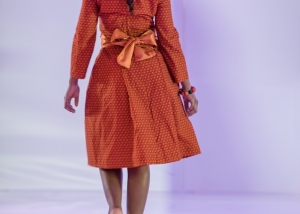 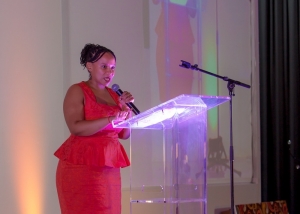 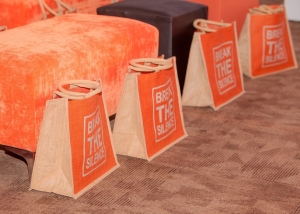